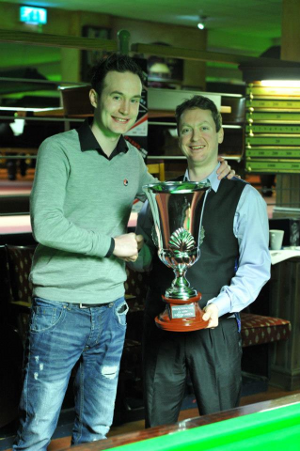 The Northern Snooker Centre, Leeds, played host to the conclusion of the Snookerbacker Classic 2013 on Friday 22nd February. If you were there, you witnessed some of the highest level snooker that the amateur game has to offer. If you weren’t, then hopefully you were one of the many delighted fans around the world that followed the live scoring we provided.

Finals Day was an amazing day out, and no surprise really, when you consider the man behind the tournament’s inception and execution. Snookerbacker, or “Mr SB” to his friends, is relentless in his bid to shake up snooker and innovate with his SB Classic Tournament series. Far from ready to rest on his laurels with the widespread acceptance of his event in only its second year, he let on to me – even before the semi-finals had begun – that he and his good lady (Mrs Snookerbacker) are already well into the process of planning the themes for the 2014 series, with “bigger” and “better” their ever-more-challenging target.

For our part, we’re especially grateful to SB for agreeing with us that Live Scoring needed to be taken up a few notches and for getting us on the case. He then put us firmly on the map by directing his Twitter foot soldiers over to us, with more than 1500 of them setting up camp on our Live Scoring page throughout an enthralling day’s snooker. It has been an absolute pleasure to read all the positive comments on our system and we hope that more tournament directors in future will recognize the extra dimension that we can give to their event’s internet coverage. It is more clear than ever right now that there’s a huge appetite out there for properly conveyed snooker stats. 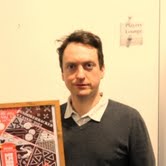 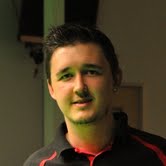 Kyren Wilson is at the table.

So, we thought it would be good to follow up the day with a deeper delve into what those stats can tell us. For the benefit of those of you who haven’t spent years in deep mathematical and statistical study, we’ll distil the message to its most essential. We saw some great performances throughout the day in Leeds, but are these players ready for the jump to the professional ranks? Let’s find out.

We saw Jamie Clarke struggle to get out of the blocks against David Gray, despite digging in to make a contest of it towards the end; we saw Andrew Norman caught cold by a blistering Ollie Lines performance and we saw the usually dependable Ant Parsons struggle after taking the lead against the swashbuckling Sanderson Lam. For these three losing players, the day’s stats don’t make great reading, but here’s the crucial bit you’ll never hear in your average TV commentary: one short match offers little in the way of “statistical significance”. Rest assured these players are all capable of FAR better than we saw from them today. The other player to exit in the Quarter Finals was Adam Wicheard, whose stats for the day were more than respectable – unfortunately for him, after winning the first frame he didn’t get much of a look-in once Kyren Wilson fell into his stride.

If you take a look at the overall ratings you’ll see that Ollie heads that list. Andrew Norman felt the full force of that for sure. Ollie’s match with Kyren was an extremely level affair with a gripping conclusion in its sixth frame. Sandi outperformed David Gray in terms of stats in their semi-final, aided by the second highest contribution of the day, a 91, but if you win the close frames you can still triumph with inferior stats, and that’s precisely what Gray did. There are commentators who would tell you that such stats are crazy. Clearly, they are not seeing the bigger picture…

After two nervous semi-finals were successfully negotiated, our two finalists relaxed and played out the final at a canter. Compare the shot times from their semi-finals and final to see evidence of that. It’s quite clear that the major prize on offer is simply a berth in that final and then anything from there is a bonus.

The table below shows the performances of SB’s boys ranked against a couple of Grand Prix tournament finals we followed closely in the past: Neil Robertson’s 9-4 victory over Ding Junhui from 2009 and John Higgins eclipsing Ryan Day 9-7 in 2008.

Potting, position and break power (avg number of frames to make break of given size).

The positional success statistic from the right-hand column is the most important component of the MySnookerStats rating system, which we use to rank (and provide handicaps between) players, even if they haven’t faced each other in competition before. You can see clearly from these numbers that these SB Classic stars don’t need to add much in terms of consistency to their games to compete at the highest levels of all. (We’ll have plenty more to tell you about our ranking and handicapping system in due course!)

Want to compare more performances? Here’s a selection of matches from the Paul Hunter Classic 2012 in Fürth.
Want to see where you belong on these lists? You’ll need to sign up to get started.

Final thoughts: The Northern is a terrific snooker venue, blessed with a welcoming bar area to lounge in whilst overlooking the central show table, and replete with a kitchen serving near-legendary barbecue chicken melts with mountains of chips. Try finishing one of those plates before going off for a celebratory curry with SB – it’s almost harder than winning the tournament… Big thanks too to Peter Lines and co for their great hospitality throughout the day!